As we’re heading into the end of summer and slowly back to some sort of ‘normality’, we wanted to update you with life here at Home Fix Computers.

Whilst we may not be able to offer you a cup of tea, we are gradually heading towards a more normal way of working. PPE now comes as standard and we’re almost back to our regular opening hours.

The shop itself here on Stokesley Business Park is open, and whilst I’m afraid the sofa and mint imperials have been removed, it’s mostly business as usual. We have a full range of services from iPad and phone repairs, to new PCs and Laptops. And after a period of being more valuable than gold-dust, our stock of printers is finally starting to come back (yey!)

We do request, for the safety of staff and all customers, that masks are worn when you visit us. Trust us, we know they’re hot and uncomfortable but we’re trying really hard to do our bit and be compliant. Staff are taking all precautions with managing their PPE in the workplace, including extra hand washing and thorough cleaning routines.

We initially reopened on very limited hours, but we’re pleased to say the shop is now nearly back to being open our normal hours – so that’s 9am to 5pm, Monday to Friday. We are currently still closed on Saturdays.

We’re gingerly resuming home visits, so if you’d rather us come to you, then we’d be happy to do so. Our technicians have full PPE, cleaning and anti-bac is completed regularly, and we will be wearing a mask to keep you as safe as possible.

Please get in touch if you’re wanting to arrange an on-site appointment. Our contact details are below or you can get in touch via any of the social channels below.

It’s been a turbulent time, and whilst I know we’ve said it before, thank you for your continued support. It’s a period of adjustment for us all, but we’re all in it together. We’re very lucky to have such fantastic customers and be part of such a lovely community. 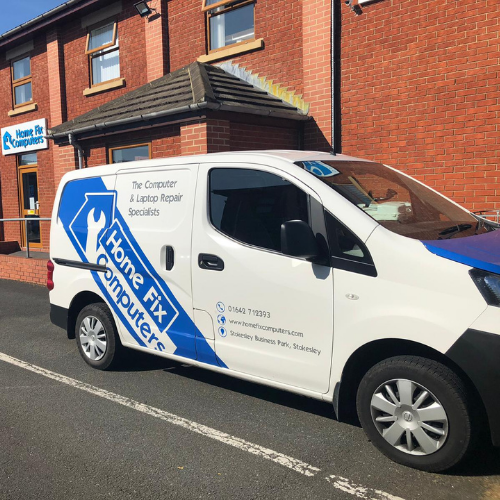 As if lockdown hasn’t been tough enough, it’s been a prime time for cyber criminals, who have taken it upon themselves to cash in on the pandemic.

IBM recently reported a 6000% increase in cyber crime and phishing emails throughout the pandemic, with everything from scam emails with cheap deals on masks to seemingly convincing calls from ‘WHO’ to try and gain control of your computer.

The most recent scams include:

So how can you stay safe?

As with the old adage of ‘if it seems too good to be true’, it usually is, so if you’re presented with an unbelievable offer from an unknown source, then taking a moment to stop before parting with your money or information could keep you safe

10% off for new eset customers

To help you stay safe online, we’re offering new ESET customer’s a 10% discount on their first year of subscription to their award-winning software.

We see on a daily basis how many hacking attempts are conducted from all around the globe – it’s scary to see. Even the old email accounts you’ve not used in years and think are irrelevant.

Unlike other anti-viruses, you won’t be stung by a second year price hike and it’s trusted by over 110 million users worldwide to detect and neutralise all types of digital threats, including viruses, rootkits, worms and spyware. It also protects against techniques that seek to evade detection, and blocks targeted attacks and exploits.

Exploit Blocker Blocks attacks specifically designed to evade antivirus detection and eliminates lockscreens and ransomware and protects against attacks on web browsers, PDF readers and other applications, including Java-based software

Cloud-Powered Scanning Speeds up scans by whitelisting safe files based on the ESET Live Grid® file reputation database and helps to proactively stop unknown malware based on its behaviour, by comparing it with our cloud-based reputation system

Host-Based Intrusion Prevention System (HIPS)
Lets you customise the behaviour of the system in greater detail. Gives you the option to specify rules for system registry, active processes and programs to fine-tune your security posture
Script-Based Attack Protection
Detects attacks by malicious scripts that try to exploit Windows PowerShell. Also detects malicious JavaScripts that can attack via your browser. Mozilla Firefox, Google Chrome, Microsoft Internet Explorer and Microsoft Edge browsers are all supported

GOT ANY FURTHER QUESTIONS?

This website uses cookies to improve your experience while you navigate through the website. Out of these cookies, the cookies that are categorized as necessary are stored on your browser as they are essential for the working of basic functionalities of the website. We also use third-party cookies that help us analyze and understand how you use this website. These cookies will be stored in your browser only with your consent. You also have the option to opt-out of these cookies. But opting out of some of these cookies may have an effect on your browsing experience.
Necessary Always Enabled
Necessary cookies are absolutely essential for the website to function properly. This category only includes cookies that ensures basic functionalities and security features of the website. These cookies do not store any personal information.
Non-necessary
Any cookies that may not be particularly necessary for the website to function and is used specifically to collect user personal data via analytics, ads, other embedded contents are termed as non-necessary cookies. It is mandatory to procure user consent prior to running these cookies on your website.
SAVE & ACCEPT